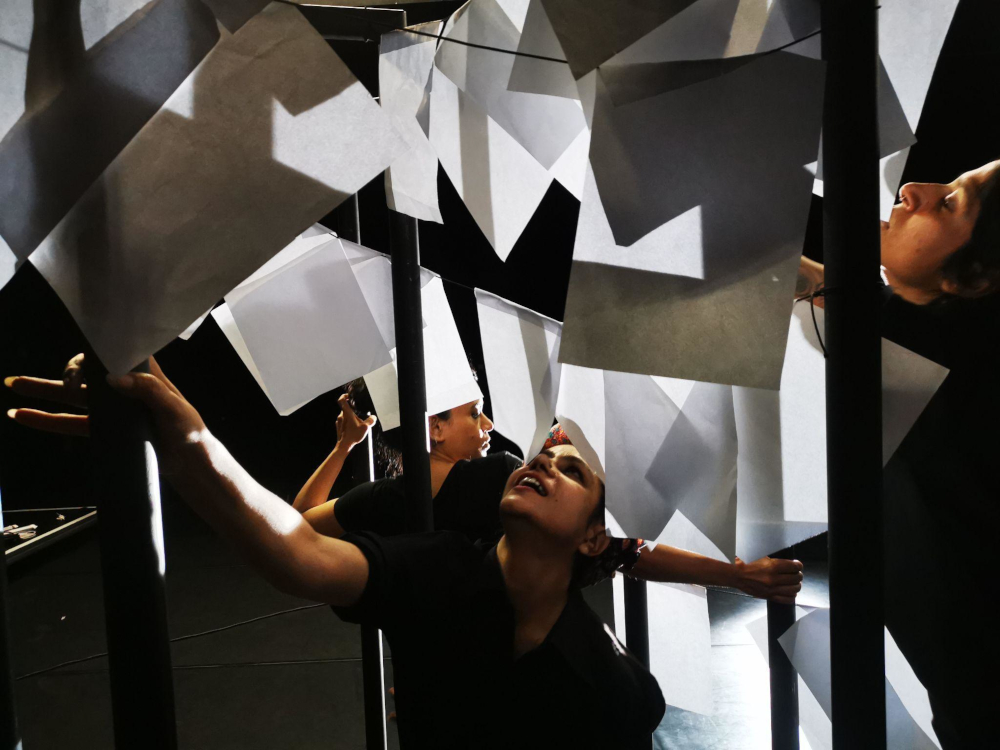 Bild: _copyright by Philip Kehder
Firefly Women is based on letters written from jail by two young women, Natasha Narwal and Devangana Kalita, student leaders and powerful voices in the Anti CAA (Citizen Amendment Act) Movement in India, who were wrongly accused and incarcerated in 2020. On being released on bail, they chanted the slogan “ladai ab bhi baaki hai” which translates as “the struggle shall continue”. In the year that Narwal and Kalita spent incarcerated, they wrote numerous letters to their friends and comrades which would sometimes take up to a month to be delivered. They wrote their letters over several days, almost like journal entries, talking about their daily lives in jail, their friendships with other inmates, their struggles and anxieties as well as dreaming about fireflies, rainbows and a “naiya” [small boat] of hope.